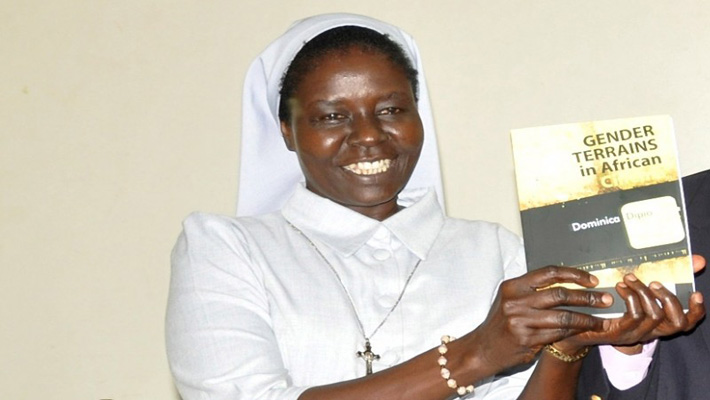 LIRA, NOVEMBER 22, 2019 (CISA)-Pope Francis has appointed Sister Dr Dominica Dipio of the Missionary Sisters of Mary Mother of the Church to the Pontifical Council for Culture.

The council was founded by Pope Paul II on May 20, 1982 to foster the relationship of the Catholic Church with different cultures.

“We are humbled that their Sister Dominic has been entrusted with such responsibility by the Holy Father. May the Holy Spirit guide the team appointed,” the Missionary Sisters of Mary Mother of the Church based in Lira, Uganda said in a message.

Sr Dipio joins three other women: Patricia Murray of the Loreto Sisters, Mariella Mascitelli of the Sisters of the Divine Master (P.D.D.M), and the French lay, Ms. Maud de Beauchesne-Cassanet, who have also been appointed to the council.

“When the news of the Holy Father’s appointment of four of us, women, as consultors to the Pontifical Council for Culture became public, I felt truly humbled and honoured at the same time,” Sr Dipio said.

Sr Dr Dipio holds a BA in Education and an MA in Literature, both from the Makerere University in Uganda. In 2002 she obtained a PhD in Women in African Cinema at the Pontifical Gregorian University (Rome), where she also lectured on Introduction to Film Criticism and African Cinema.

She is a professor of literature at Makerere University where she heads the Department of Literature.