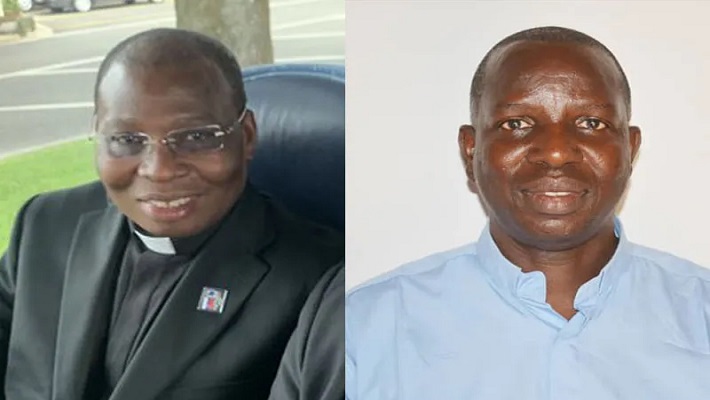 Msgr Dieudonné Datonou was elevated to the Titular See of Vico Equense, with the dignity of Archbishop. He was born in Dékanmè, Benin, on March 3, 1962.
He was ordained a priest on December 7, 1989, and incardinated in the Catholic Metropolitan Archdiocese of Cotonou, Benin.

Msgr Datonou joined the Diplomatic Service of the Holy See on July 1, 1995, and has worked in the Pontifical Representations in Angola, Ecuador, Cameroon, Iran, India, and El Salvador and the Section for General Affairs of the Secretariat of State in the Vatican.

He holds a degree in Utroque Iure. He speaks French, Italian, English, German, Spanish and Portuguese.

Msgr Hassa Florent Koné, until now rector of St. Augustin Major Seminary of Bamako, was born on February 17, 1969, in Mina, in the Catholic Diocese of Ségou. He joined the minor seminary of Togo from 1983 to 1986. He attended Pius XII Seminary and Prosper Kamara High School of Bamako from 1986 to 1989.

In 1996, he completed his studies in philosophy and theology at St. Augustin Major Seminary of Bamako and was ordained a priest for the Catholic Diocese of San on September 8, 1996.

In 2011, he was awarded a doctorate in liturgy from the Pontifical Athenaeum of Saint Anselm in Rome and continued his training at the Pontifical Institute of Sacred Music in the same year. Since 2014, he has also served as general treasurer of the Union of Priests of Mali and professor of traditional communication at the Université Catholique de l’Afrique de l’Ouest – Unité Universitaire of Bamako (UCAO-UUBA).