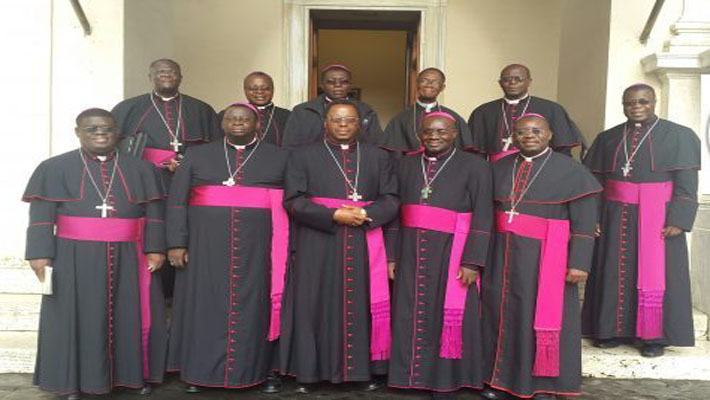 LUSAKA, JULY 26, 2019 (CISA)-The Zambia Conference of Catholic Bishops (ZCCB) has distanced itself from the demonstrations planned by political parties and allied Central Statistical Offices in support of the National Dialogue Forum (NDF) resolutions for the ammendment of the constitution.

“The invitation to the planned demonstrations according to the message being spread in the mainstream media and on social media in which it has quoted  the Catholic Bishops in the name of introspection  and working together for unity and peace to attend the demonstration, seems to suggest that the bishops are in support of the NDF resolutions recently proposed to ammend our constitution.This is misplaced,misquoted and malicious to the Catholic Church and the faithful,” read a statement released by the communications office on July 25.

The demonstrations were scheduled for July 26 at parliamentary buildings in Lusaka, where the Catholic Bishops had been reported to have been invited to take part.
“The Catholic Church has never supported any politically inclined constitution making processes from the time we started making ammendments to our Republican constitution,” the statement reads.

The Church further noted that it has always desired a constitution making process that would be inclusive and that would stand the test of time for the generations to come.
It gave a warning to organizers of the demonstration to, “Desist from riding on the Church for their selfish political interests,” empasizing that the Church continues to propagate its message of peace, unity and the promotion of the common good  devoid of partisan  inclination.

According to a May 15 statement by NDF, it had come up with resolutions to make ammendments to the constitution, regulate political parties, public order and electoral process reforms.