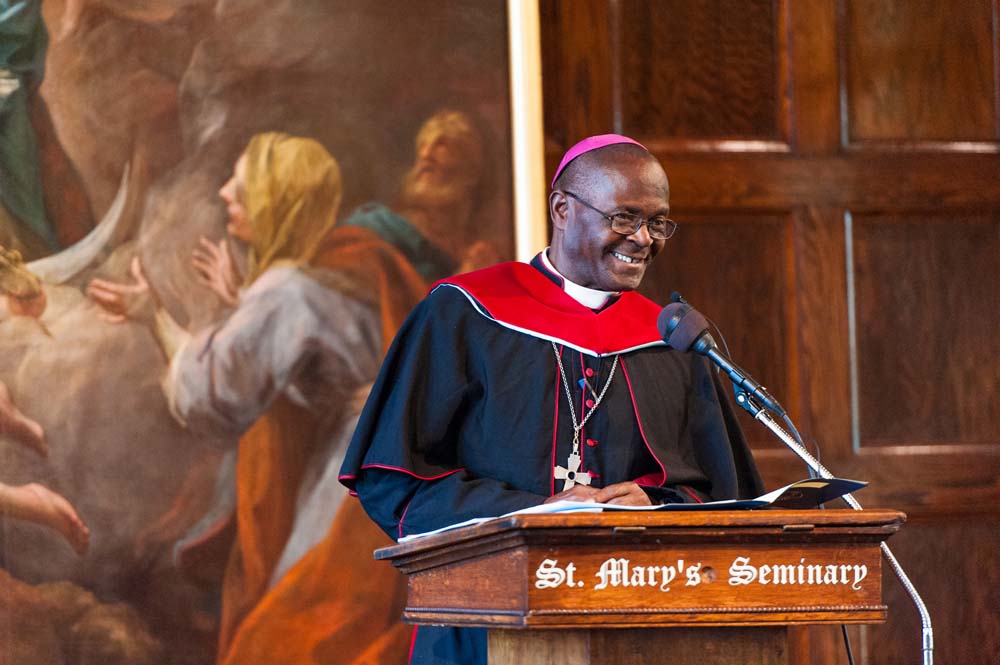 LUSAKA, DECEMBER 8, 2017(CISA) – Archbishop Telesphore-George Mpundu of the Catholic Archdiocese of Lusaka has said that the Church in Zambia will not recognize divorce being carried out in civil courts in the country.

“The Church does not recognize divorces granted by civil courts of whatever level granted to Catholic couples because a validly contracted Catholic Church Marriage cannot be broken. In other words, it is indissoluble,” Archbishop Mpundu said.

Speaking during a pastoral visit to Mumbwa on December 1, Archbishop Mpundu said that the high rates of divorce in Zambia should be urgently addressed.

“There is a high rate of divorce prevailing in Zambia today; Lusaka alone last year recorded over 8,000 marriages granted divorce by local, magistrate and even the high court. This is because the laws of Zambia permit divorce under certain conditions and circumstances…this need to be addressed,” Vatican Radio quoted Archbishop Mpundu saying.

“As for us, Catholics, the fault is almost entirely of our own making because when young people want to receive the Sacrament of Matrimony, they know they have to go to the Church so that the priests can do the needful and finally bless the marriage in Church. When problems arise in marriage, they do not go back to the priests to seek guidance and counseling but run to the courts because they know that the Church does not permit divorce,” he added.

He called on the parish councillors of Mumbwa Catholic Parish to support couples as well as putting in place pastoral programmes that accompany couples and families.

The Archbishop further urged parishes to ensure adequate preparation of young couples who wish to access the Sacrament of Matrimony.