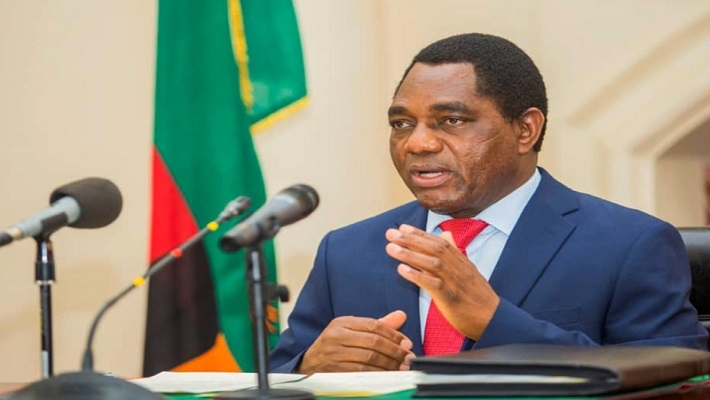 LUSAKA, MARCH 15, 2022 (CISA)-The Jesuit Centre for Theological Reflection (JCTR) has weighed in on the March 11 State of the Nation Address (SONA) elated with the declaration by the government to prioritize constitutional reform in the country.

“Government must ensure that in the shortest time possible, a comprehensive roadmap is made available to allow for the meaningful participation of numerous stakeholders,” the March 15 statement reads noting that “Without any urgency to create and circulate a roadmap, the whole process of broad-based consensus risks being jeopardized by the politicization of public processes and consolidation of political power, especially that of the ruling party as has been seen in the past.”

Some of the clauses singled out for review and legislation are the amendment of the Public Order Act, Electoral Process Act, enactment of access to information, and harmonization processes of the children’s rights and welfare legislation.

In its pursuit to uphold human dignity, equity, social justice, equality and nondiscrimination, JCTR says it is delighted that the government through the decentralization agenda is committed to turning around our economy to accelerate the socio-economic transformation and uplift the livelihoods of the citizenry.

It says “Such policies have opened hope for long-envisioned desire to attain social justice and ensure the fullness of life for all. It goes without mentioning that reversing the current economic trajectory will not happen instantly.”

As President Hichilema propagates good governance anchored on public participation, inclusiveness, transparency, accountability, rule of law, subsidiarity, effectiveness and efficiency, JCTR asks the government to “break the culture of secrecy among the duty bearers and holders of public offices.”

According to JCTR, the strategies mentioned by the president to enhance national development is a positive step and it remains concerned how the proposed application of the nation’s principles and values will address challenges in the country.

“The public is only able to truly participate in the democratic process when they have information about the activities and policies of the government. Absence of inaccessibility to information often creates a sense of disempowerment, mistrust and frustration,” said JCTR.

To address the plight of the vulnerable, the marginalized and the poor, the institution urges the government to devise mechanisms to combat the high cost of living, unemployment among the youths and plan for empowerment funds.

The State of the Nation Address (SONA) is a constitutional requirement under Articles 9 and 86 (1) of the Zambian Constitution, which calls on the President to address the nation through the National Assembly.