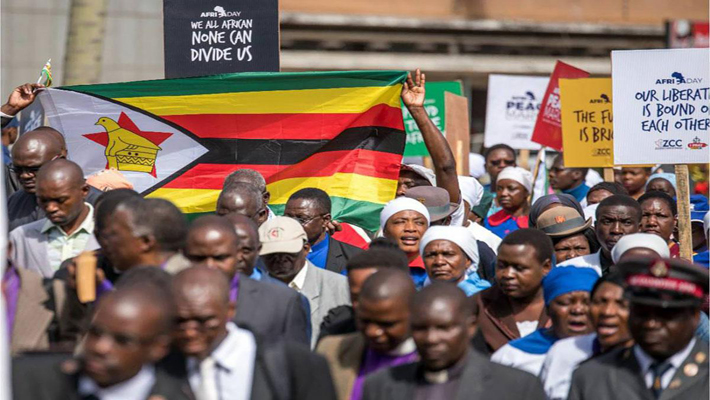 HARARE, AUGUST 7, 2018 (CISA) – The Zimbabwe Council of Churches (ZCC) has called on the incoming government of Zimbabwe to pursue Justice, reconciliation and peace following the July 30 disputed General Elections.

The council asked the government to create avenues for inclusive dialogue and engagement as well as to heed the complaints raised by the opposition.

“The nation needs you to commit to a nation building dialogue process aimed at uniting the nation and creating an inclusive way forward,” it said in the August 3 statement, signed by the General Secretary of the Council Rev. Dr Kenneth Mtata.

It reiterated that peace and justice go hand in hand.

The council expressed its concern over the stability of the security sector in the country. It urged the president to enforce reforms that would rebuild trust among the different factions there in, which was lost during the 2017 ouster of former president Robert Mugabe by a military coup.

“We recognize the contribution of the security sector in November 2017.We are worried that since November 2017, there remains deep suspicion within and among the different security forces. The church and citizens feel anxious and unsettled fearing the prospect of instability. We plead with the President to urgently constitute a broad-based security services reforms that will guarantee the professionalism of the security forces,” it added.

In addition, the council asked the International community to exercise patience with the young democracy, and be supportive in building it rather that isolating it.

“…we plead with the international community to continue accompanying our new government and civil society and churches with the effort of strengthening these mutually enriching institutions for the maturation of our democracy,” it said.

The July 30 General Elections were  followed by violence after the Zimbabwe Electoral commission declared Emmerson Mnangagwa the winner by 50.9% on August 3.The opposition disputed the results and took to the streets to protest.

The Council recommended that the complainants arising from elections follow peaceful and legal procedure and “pray that they will receive a fair and just hearing in accordance with the nation’s laws and constitution.”