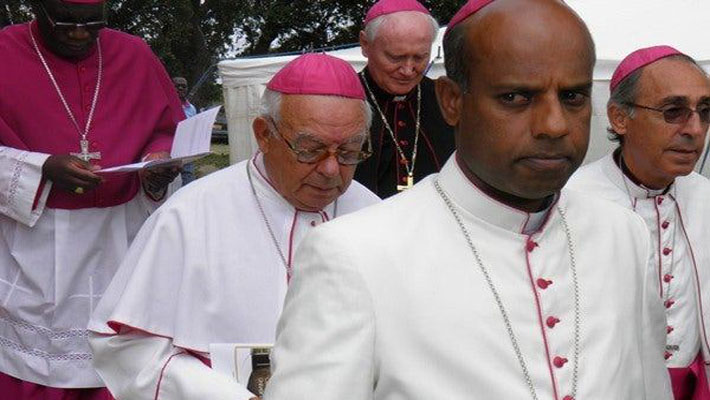 HARARE, JULY 26, 2022 (CISA) – The Zimbabwe Catholic Bishop’s Conference (ZCCB), in a pastoral letter dated July 18 has encouraged all faithful to contextualize the Synodal Process consciously on the background of realities facing each of them daily.

“The world is also experiencing many wars and conflicts… the world is facing the highest number of violent conflicts since World War II. Countries such as Ethiopia, South Sudan, DRC, Palestine, Afghanistan and Syria have become synonymous with bloodshed. The international peace and order appear to be under serious threat with the war in Ukraine,” read the pastoral letter in part.

In Zimbabwe, the bishops called on the people to reflect on “the growing political volatility brought about by the impending 2023 General Elections.”

“These elections are already being preceded by political intolerance, violence and bloodshed. What has exacerbated our situation is the economic instability of the country which has brought with it instability in the financial market resulting in continuous increases in prices of basic commodities leaving them beyond the reach of the poor,” the prelates lamented.

The Catholic bishops in Zimbabwe also slammed political leaders for having failed the people, opining; “If, as Catholic social teaching says, the value of policies is assessed by how they impact the poor then one can safely say that our political and economic policies have failed. There is so much dehumanizing poverty and despair among our people.”

“If there is a lesson from our Synodal journey it is precise that we cannot go it alone. No single political party has all the answers hence the importance of listening to each other as we journey together,” said the bishops adding “our politics the opportunity to initiate processes of listening, participation, dialogue and community discernment in view of arriving at the common good and God’s will for us.”

The bishops observed the common global challenges such as the Covid-19 pandemic increased “our awareness of our connectedness and inter-dependence whilst, humanity appears increasingly shaken and fragmented.”

However, they appreciated the capacity to work together to build a ‘common home’ averring that, “as a Church, we have the mandate to continue Christ’s mission in the world today. The Synodal path represents the only way for the Church and the world today.”

“The Synodal path also launches the Church to pursue her mission as a prophetic witness that embraces the entire family of humanity. This mission is always urgent in the midst of our severely wounded country and the world,” counselled the bishops.