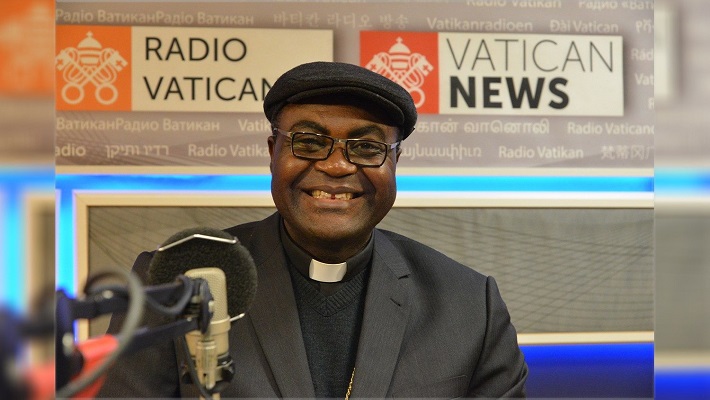 BAFANG, JANUARY 19, 2021 (CISA)-The President of the National Episcopal Conference of Cameroon, Bishop Abraham Kome of Bafang has stressed on the need for fraternity, love and solidarity in building and consolidating peace for Cameroon.

Speaking when he chaired the 44th annual seminar for Bishops in Bafang in the West Region of Cameroon, the bishop condemned the recent attacks on civilians that has claimed lives of citizens and called on Cameroonians to embrace peace.

“We need to keep questioning ourselves on the type of life we are living and a serious body like ours needs to put on the table all our achievement in order to better analyses of our situation,” Bishop Kome said.

“If we see ourselves as brothers, we will strive to protect lives rather than opt for destruction,” the prelate said during the meeting held under the theme, “The National Episcopal Conference of Cameroon and its future.”

“If there is war, fighting and crisis everywhere, it is because of the lack of brotherhood,” Archbishop of Bamenda and Vice President of the National Episcopal Conference Archbishop Andrew Nkea said in his speech at the same event.

The bishops’ comments come at a time when the Ministry of Defense in Cameroon rejected allegations that the country’s armed forces killed civilians in conflict-hit anglophone region, allegations that were made by the Centre for Human Rights and Democracy in Africa (CHRDA).

In a statement issued on January 11, the ministry admitted to have led an offensive against English-speaking separatists in Mautu on Sunday, but said the armed forces carried out, “a preventive raid on the positions of terrorist groups.”

Cameroon has been marred by protests and violence since 2016, with residents in English-speaking regions contending they have been marginalized for decades by the central government and the French-speaking majority.