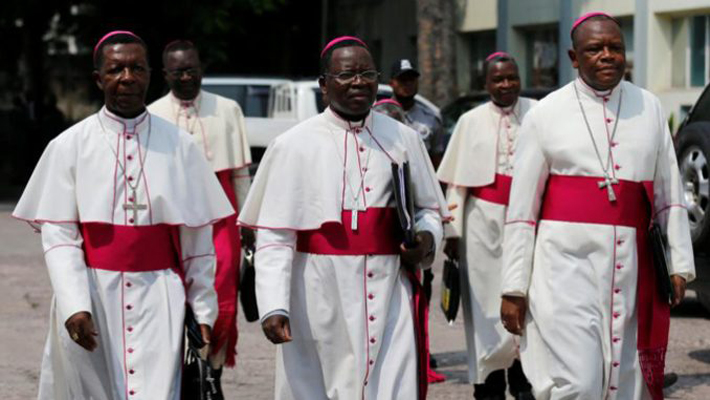 KINSHASA, AUGUST 3, 2021 (CISA) – The members of the Standing Committee of the National Episcopal Conference of Congo (CENCO) have condemned the recent attacks targeting the Catholic Church and her leaders.

“CENCO strongly condemns these inadmissible acts of violence which are a serious attack on freedom of religion and expression, but also a violation of democracy. The attacks targeting the Catholic Church, leaders and facilities are a big step backwards on the road to the rule of law to which the Congolese people aspire,” the bishops said in a statement on August 2.

“We are dismayed by the July 31 derogatory remarks by the Secretary General of the Union for Democracy and Social Progress (UDPS), Augustin Kabuya that were accusing Cardinal Ambongo and CENCO’s Secretary General of politicizing the Church. We are also disturbed by the attack on the Cardinal’s residence our pain is greater as all these acts show hatred against the Catholic Church,” they added.

The prelates also question why the Church is being attacked yet the Bishops preach national cohesion “Why attack the church yet she defends the independence of the Independent Electoral Commission (CENI).The church is only accomplishing its prophetic mission in the search for the well-being of the Congolese people.”

While condemning these despicable acts, they asked the faithful and the defenders of democracy not to engage in violence since it is the weapon of those who lack the arguments in a democratic and citizen debate.

They also called on the perpetrators of the violence to stop their violent actions urging the government to take urgent action against those found guilty of engaging in violence.

On August 1, a group of youths stormed the residence of His Eminence Fridolin Cardinal Ambongo, the Archbishop of Kinshasa, chanting and making derogatory remarks against the Cardinal. They accused him for delaying the electoral process in the country.