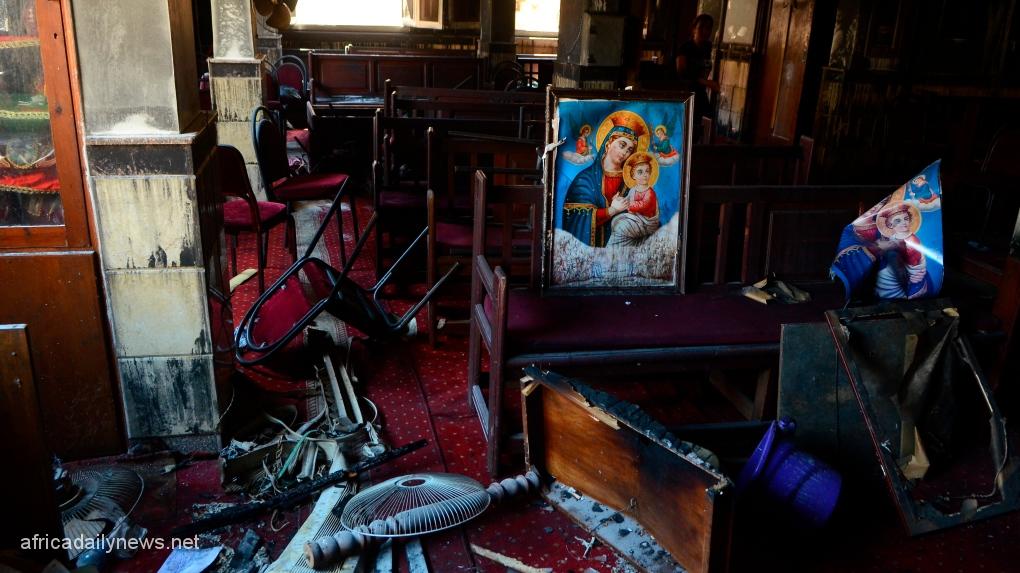 ADDIS ABABA, AUGUST 17, 2022 (CISA)- Berhaneyesus Cardinal Souraphiel C.M., president of the Catholic Bishops’ Conference of Ethiopia (CBCE) has offered his message of condolence to the Coptic Orthodox Church in Egypt after the fatal fire that killed 41 worshippers including at least 15 children attending a packed morning service at a Church in the capital Cairo on Sunday, August 14.

“I would like to offer my sincerest sympathies on behalf of the Ethiopian Catholic Church and myself. When we heard about the tragedy which happened to you, we became so sad and found ourselves speechless. Therefore, our sincere sympathy goes to the Coptic Orthodox Church, the bereaved families, friends of all those who lost their lives in the tragic fire incident at Abu Sifin church in Cairo, and the brotherly Egyptian people,” empathized the cardinal.

“May the Good Lord give you grace and strength to overcome this tragedy. I assure you our prayers to your church, the deceased and wish a full and speedy recovery to those who were injured,” condoled Cardinal Souraphiel.

The course of the Sunday morning incident was not immediately established, however, according to a police statement, the initial investigations pointed out to an electrical short-circuit.

According to reports by various media outlets, several trapped congregants jumped from the upper floors of the Martyr Abu Sifin Church to try to escape the intense flames.

Khaled Abdel-Ghafar, Egypt’s acting health minister, is reported to have said in a statement that the smoke, which had filled the Church and stampede as people attempted to flee the fire is to blame for the fatalities.

Meanwhile, President Abdel Fattah el-Sissi in a Facebook post said “I am closely following the developments of the tragic accident,” and “I directed all concerned state agencies and institutions to take all necessary measures, and immediately to deal with this accident and its effects.”

Reports indicate that about 10% of the population in the largely Muslim-dominated country are Christians. However, according to Pew Research Center “Most, but not all, Christians in Egypt belong to the Coptic Orthodox Church of Alexandria. Minority Christian groups include the Coptic Catholic Church and assorted Protestant Churches.”