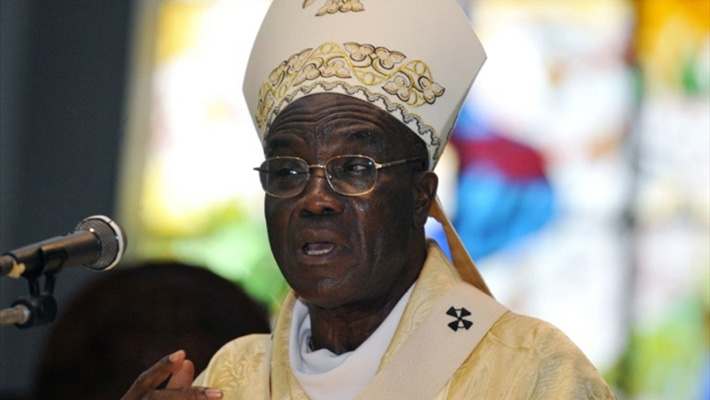 ABIDJAN, SEPTEMBER 4, 2020 (CISA)-“The social-political life of our country is taking a dangerous turn,” Cardinal Jean Pierre Kutwa of Abidjan has said calling for reconciliation, respect for the law and dialogue as the country gears for the Presidential Elections in October.

“As the presidential elections approach, we are forced to notice the radicalization of positions on both sides,” he said in a July 31 statement addressed to Ivorian citizens.

According to Cardinal Kutwa, the country has witnessed a growth of political engagements ever since August 6 when the incumbent, President Alassane Ouattara declared his candidacy for re-election, against his earlier pledge not to contest after his two five-year terms expires in 2020.

The president’s new turn resulted to tensions and a series of protests out of which an undisclosed number of people died and more than 100 were injured.

Cardinal Kutwa called for “non-violence, dialogue, and respect for the law,” – all things without which, “one cannot build a modern and peaceful state.”

“There is no peace without justice and there is no justice without forgiveness. Forgiveness is the path to reconciliation without which social cohesion is impossible. Reconciliation also allows antagonists to unite and start again,” he added.

The cardinal appealed for individual and collective conscience of the nation, calling upon everyone to search for solutions for the crisis. He said the current situation of unrest is not a good picture for the organization of elections.

“Ivory Coast, our country, is a country of dialogue by tradition. Let us remember this! Let us not put dialogue under the snuffles to take paths that do not honor our beloved country,” he stressed.

He appealed for respect for the constitution which in turn should help citizens to live in justice, reconciliation and in peace as the country prepares for polls.

Cardinal Kutwa considers President Ouattara’s bid for a re-election as unnecessary reminding him that his duty is to be a guarantor of the Constitution and national unity.

”According to the Constitution of Ivory Coast, a president is limited to two terms, a clause that has been contested by the president’s supporters who argue that the 2016 amendment of the Constitution permits him to contest for a third term .