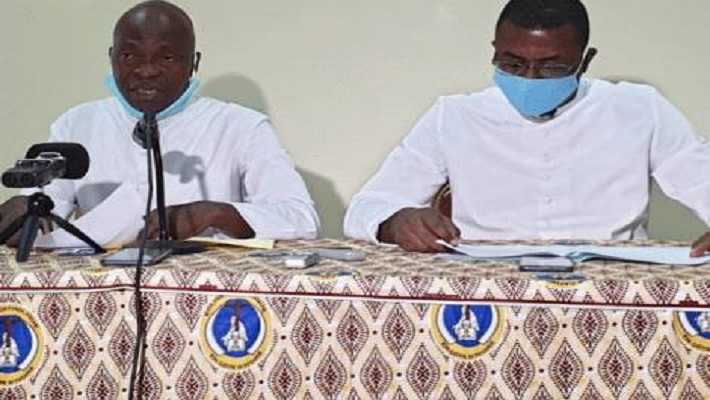 YAMOUSSOUKRO, May 4, 2021 (CISA)-Fr Emmanuel Wohi Nin, the Secretary General of the Conference of Catholic Bishops of Côte d’Ivoire (CECCI) has challenged the government in Ivory Coast to promote local investments as a possible solution to illegal immigration.

Speaking May 1 during Labour Day Fr Wohi Nin also appealed to those with the ability to create jobs to help avert the crisis of unemployment in Ivory Coast.

“Today we must think about creating family businesses, private companies.  This will give jobs to young people who will not think about crossing the Mediterranean,” Fr Wohi Nin said.

Fr Wohi Nin noted that a collaborative approach between the government and private investors will help to reduce the unemployment pressure and overdependence on the government for jobs.

On several occasions, the CECCI has called the authorities’ attention to the need to solve the problem of national unemployment.

According to statistics from the Afrobarometer, in 2020 more than half (52%) of the citizens of Côte d’Ivoire consider themselves unemployed, a percentage that was around 47% in 2014.

The Afrobarometer also indicates that, “…the working class, which should be the pillar of the economy (employed on farms, fishermen, foresters and small farmers) is among the poorest strata and paradoxically has fallen further behind on the social scale than citizens who have never had a job.”

The Covid-19 pandemic has aggravated the situation.