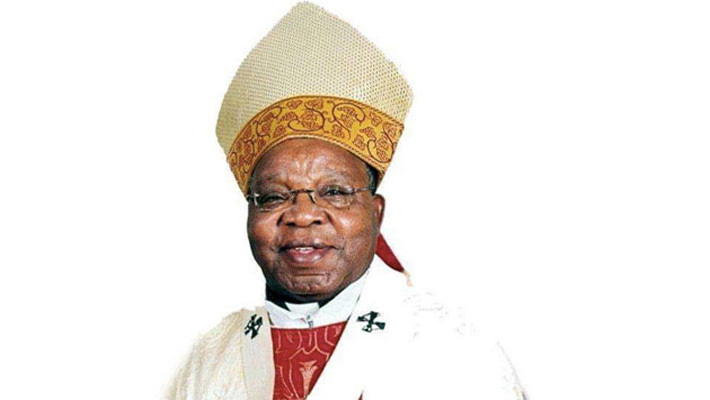 He described the departed archbishop as a man who was dedicated to serving both the Church and country.

“He served as the chairman of the Bishop’s Conference and rendered his services with a lot of dedication and commitment,” said Archbishop Kivuva adding that, “He will be remembered for his passion and immerse contribution to the development of education in Kenya.”

Archbishop John Njenga was born on December 25, 1928 to the late Mzee Peter Kimani and Maria Wanjiru in Tigoni, Kiambu District.

He attended Mang’u High School and was ordained priest at Kibosho Major Seminary in Tanzania in 1957. Upon ordination, he was posted to the then Catholic Diocese of Nairobi.

In his service to the Church, Archbishop Njenga was chairman of the Kenya Episcopal Conference, now Kenya Conference of Catholic Bishops, from 1976 to 1982.

Archbishop Kivuva thanked the Christian faithful and people of good will who have stood with Archbishop Njenga during his long apostolate to the Church in Kenya.

Both church leaders and politicians continue to pay tribute to the departed.

The General Secretary of the Kenya Conference of Catholic Bishops (KCCB) Fr Daniel Kimutai Rono, thanked the Bishops, family and friends for their prayers and support to Archbishop Njenga in his retirement and during the period when he was unwell.

President Uhuru Kenyatta in a condolence message described the late archbishop as a visionary leader who worked to improve education standards in the country as demonstrated by the many schools he started during his pastoral duties.

“When he was posted as the first bishop of Eldoret diocese, the Archbishop initiated 40 schools, this was no mean feat,” said President Kenyatta.