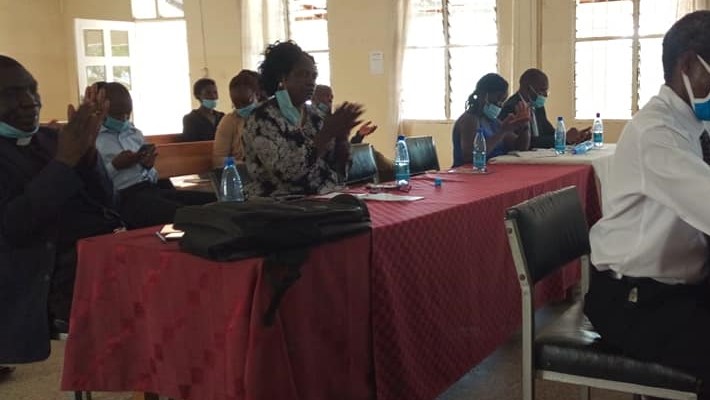 KAKAMEGA, JANUARY 15, 2021 (CISA)-The Catholic Diocese of Kakamega, through the diocesan Catholic Justice and Peace Commission(CJPC), has joined the government and civil society organizations in addressing gender based issues in the region.

By the launch of the County Gender Sector Working Group (CGSWG) on January 13, the cooperation aims at mainstreaming gender issues into various aspects of development and social discourse.

“The diocese has been doing a number of initiatives towards addressing issues of Gender Based Violence and child protection through the CJPC,” Arnold Ambei Milimu the diocesan CJPC coordinator told CISA.

“…of interest of the church is the welfare of its people and thus where women are seen to suffer either psychologically, physically, mentally or verbally there is need for us to engage in discussions that can shift those attitudes,” Milimu said.

Milimu also pointed out the need to relook belief systems and attitudes around gender issues.

“There are some beliefs such as, a woman cannot plant a tree. That is a very simple attitude but if you need to look at it in terms of the ramifications on the environment.  Women are the most engaged in agriculture but they cannot plant trees, so we are ending up with degraded environments because we are cutting off women from participating in environmental care over a belief that does not have sound backing, or maybe it did in the past but now things have changed,” he added.

In its quest to ensure that people live in a dignified manner in line with the Catholic Social teachings on human dignity, the Church expects the cooperation will help address the existing beliefs and traditions that demean one gender.

The launch of the County Gender Sector Working Group was attended by representatives from the National Government, County government and Civil society Organisations working in the sector.