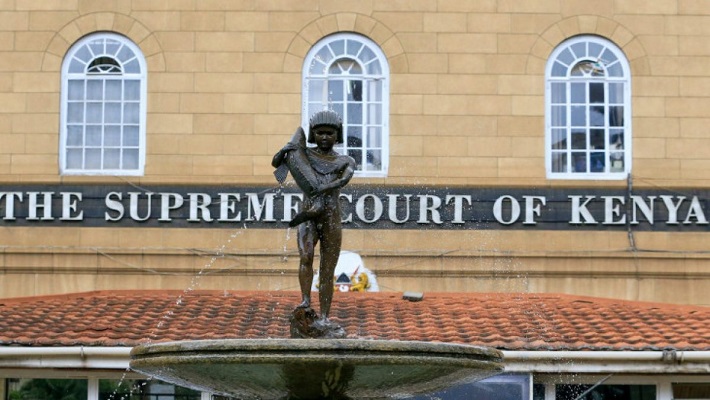 NAIROBI, AUGUST 30, 2022 (CISA)-As the Supreme Court of Kenya commences hearing of the Presidential Petitions challenging the election of President-elect William Samoei Ruto, religious leaders are calling on the judiciary to undertake the duty with utmost faith, fairness, impartiality and public trust.

“Taking cognizance of the centrality of the presidential Poll petitions to democracy in Kenya, we have taken time in our places of worship to pray for the judges and staff of the Supreme Court,” reads an August 29 statement released from Ufungamano House, Nairobi.

The statement was read out by Bishop Alfred Rotich of the Catholic Diocese of Kericho and on behalf of the Kenya Conference of Catholic Bishops (KCCB). The religious leaders hope that truth will prevail and justice will be done and seen to be done at the apex court.

“We urge every Kenyan, regardless of their political affiliation, to accept the ruling of the Supreme Court as the position of justice. It is Kenya that will have won either way,” reads the statement signed by representatives of the Association of Member Episcopal Conference of East and Central Africa (AMECEA), Council of Imams and Preachers of Kenya (CIPK), Evangelical Alliance of Kenya (EAK), Hindu Council of Kenya (HCK), KCCB, National Council of Churches of Kenya (NCCK), Organization of African Instituted Churches (OAIC) and Supreme Council of Kenya Muslims (SUPKEM).

Following the peace and calm witnessed after the August 9 General Elections and August 29 Mini-Elections in parts of the country, the clerics applauded citizens for the manifestation of democratic maturity.

“Let us all continue with this trend, especially in view of the intensive legal discourses that will be happening this week at the Supreme Court,” they said asking citizens to avoid the court of public opinion but instead wait for the completion of the hearing and judgement of the petitions.

A seven-judge bench at the Supreme Court of Kenya convened today August 30 for pre-trials from the petitions and respondents seeking to establish nine issues for determination of the presidential petition.