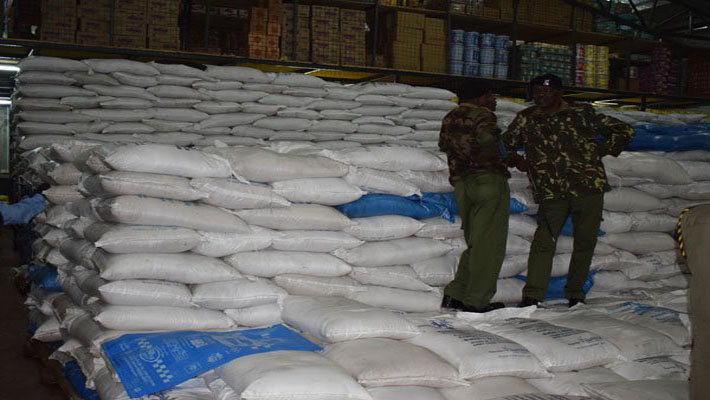 NAIROBI, JUNE 19, 2018 (CISA) – The Kenya Human Rights Commission (KHRC) has demanded a statement from the government and speedy investigation into the contraband sugar allegedly contaminated with Mercury and copper.

“KHRC demands a comprehensive statement from the Government of Kenya on the killer sugar, the culpable persons, and the companies. We also call for a speedy and thorough investigation on all the sugar in the market to determine its suitability for human consumption,” the commission said in a statement released June 19.

They also called on immediate suspension of business licenses of all entities implicated in illegal importation, repackaging and sale of the contaminated sugar, pending investigations and the retailers involved in the repackaging of the sugar to publicly name the suppliers of their sugar stock.

Speaking to Journalists, the cabinet secretary for Interior and Coordination of National Government Fred Matiang’I said that a Government Chemist report has shown part of recently seized consignment of contraband sugar contains mercury and copper, making it  unfit for human consumption yet it was seized from the markets.

“It is shocking that some of this sugar has been found to contain particles of mercury and copper, which is very dangerous to our lives,” he said.

In the ongoing nationwide crackdown on the illegal trade by government, hundreds of tonnes of the contraband sugar have been nabbed in several parts of the country like Nairobi, Meru, Ukambani, Kisii, Kitale and Nyandarua.

Matiang’i has promised a vigorous crackdown on all the traders involved in the illegal trade.