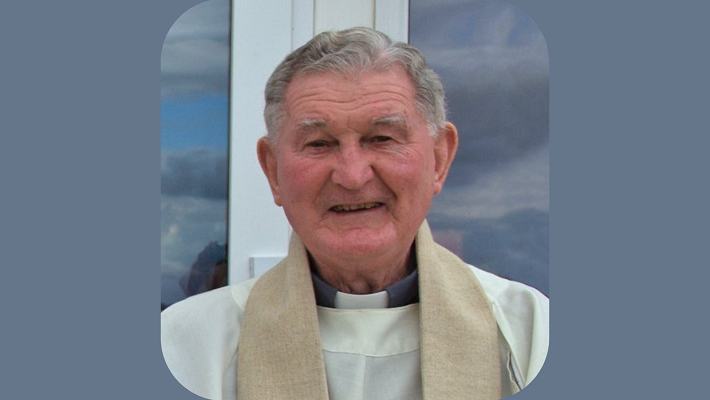 “With great sadness, we announce the death of Fr Leo Staples (1952 Class) early on Monday morning, August 22nd, in the Care Unit, St Patrick’s, Kiltegan, Co Wicklow. May he rest in peace. Our sincere sympathy to Leo’s family, friends and the people of West Pokot, Kenya,” reads the official announcement of his death.

Born on April 19, 1925, Fr Leo received his primary education in the local national school before moving to St Peter’s College, Wexford, for his secondary education. After sitting the Leaving Certificate in June 1945, he applied for admission to St Patrick’s Missionary Society but was refused by the medical doctor who examined him.

“He was told he did not have the health for life in Africa as his mother had died at a relatively young age. He entered the philosophy wing of St Peter’s College and completed a two-year course in philosophy in June 1947. Leo decided to seek admission once again to St Patrick’s Missionary Society and this time he was successful. He joined the Spiritual Year Class of 1947 and was part of the first group of students to live in the Nissen Huts at Kiltegan. After completing the Spiritual Year, he went directly to the theology programme in September 1948,” reads part of his biography shared by the society.

He was ordained priest in Killamoat on April 13, 1952, by the late Most Rev John W Heffernan DD CSSp, the retired Vicar Apostolic of Zanzibar thereafter sent to a new mission in Kenya.

In 1952, he came to Kenya. His mission concentrated in the vast arid and semi-arid region occupied by the marginalized Pokot tribe in Kenya. He worked in Nerkwo, Tartar, Ortum, and Sigor jointly for 50 years before he moved to Kipsaina parish about 15 kilometres from Kitale. He was later appointed to Holy Family parish in Chepchoina.

He is described as someone with “a great sense of humour and was an extremely joyful person. He was always ready for a joke and a laugh. He endeared himself to people with his great warmth, humanity and sincerity. His whole life was dedicated to the service of others. This attitude remained with him right up to the end of his life.”

The locals knew him a “Lokomol,” which means “the bull with the brown spot”, or “the leader of the herd,” a name he earned after he underwent male rites of passage in 1981 becoming a member of the Pokot community.

Fr Leo will be remembered for setting up schools and educational projects, and health clinics in collaboration with the Missionary Sisters of the Holy Rosary and Bobleo Center for people with special needs in 2005.

Until his death, Fr Leo was the oldest member of the St Patrick’s Missionary Society aged 97.