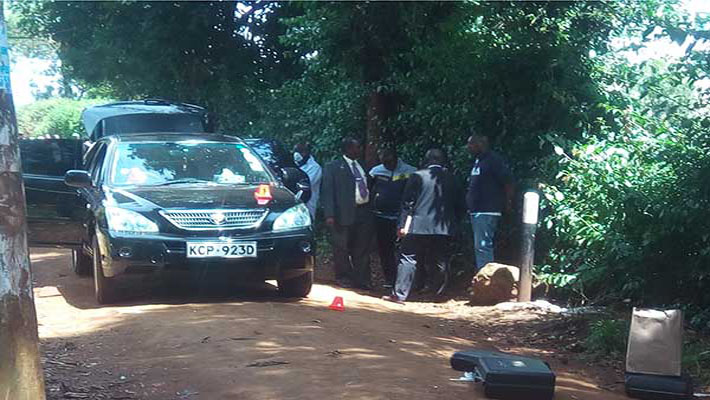 Fr Njoroge was headed for the bank to deposit money in the company of one of his parish staff members when the attackers shot him in the chest and made away with KSh 110,000.

According to Kiambu County Police Commander, Adiel Nyange, Fr Njoroge was obstructed by four men who were riding two motorcycles as he drove along a rough road.

They shot him in the chest before taking away the bag that had the Sunday offerings and escaping on the motorbikes.

“All the money he had in a bag was stolen… We are investigating. The robbers stole the phone of an occupant in the Father’s car,” Mr Nyange told Citizen Digital.

The priest was rushed to Kikuyu hospital by a Good Samaritan but was pronounced dead on arrival. Police have embarked on a manhunt of the killers.

He becomes the third Kenyan priest to be killed in less than two months.  Other priests, Fr Cosmas Omboto a Mill Hill priest was killed in Cameroon and a Jesuit priest Fr Victor-Luke Odhiambo was killed in South Sudan in November.