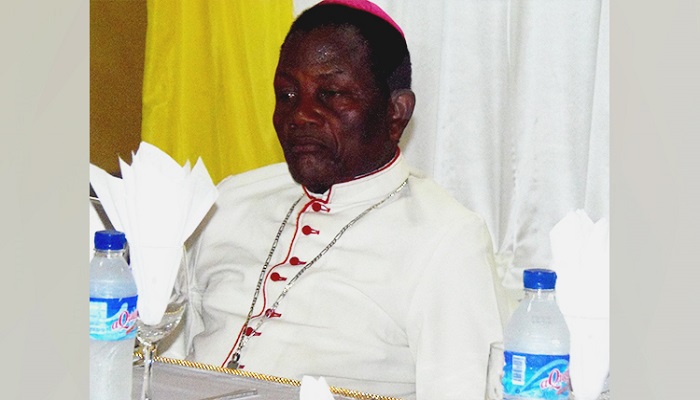 MONROVIA, AUGUST 19, 2022 (CISA)-President George Manneh Weah of Liberia has eulogized the late Archbishop Lewis Zeigler emeritus of the Catholic Archdiocese of Monrovia as an advocate of peace and icon in praying for the sanctity of the nation.

In a statement released by the office of the president, “The President has hailed the role of Archbishop Zeigler in helping to maintain peace, while also praying for the sanctity of the nation. He said the Archbishop’s effort in fighting to uphold the country’s moral values will forever be remembered.”

President Weah also “called on the Church to continue being the conscience of the Liberian society, saying the clergy has a history of standing up for social justice. The President urged the religious community, in general, to do all in their powers to help maintain the country’s hard-earned peace.”

Born in Harrisburg on January 4, 1944, Archbishop Zeigler was ordained priest in 1974 and appointed in 2002 by Pope John Paul II as bishop of Gbarnga.

He was later named as the coadjutor archbishop of Monrovia in 2009 by Pope Benedict XVI and ascended to head the archdiocese in 2011 after the death of his predecessor, Archbishop Michael Kpakala Francis. He retired in 2021.

Archbishop Zeigler died on the evening of Friday, August 12, at the Catholic Hospital, Monrovia.

According to the funeral program released by the Catholic Archdiocese of Monrovia, the body of the late archbishop will be moved from the Samuel Stryker Funeral Parlor on Thursday, August 25, beginning from 10:00 am and taken to the Sacred Heart Cathedral, Monrovia, where it will lie in repose to allow faithful and general public pay their respect until the celebration of the office of the dead, beginning at 6:00 pm.

Funeral celebrations for the late archbishop will be held on Friday, August 26, at the Sacred Heart Cathedral, Monrovia starting at 10:00 am.