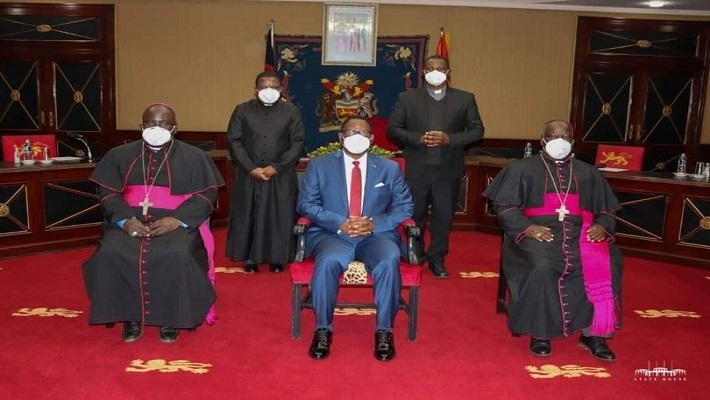 LILONGWE, JANUARY 21, 2022 (CISA) – “The cancer of corruption, sadly now embedded in Malawi is largely responsible for keeping this country very poor and underdeveloped. This, in turn, causes untold suffering for the vast majority of ordinary Malawians who have to face crushing poverty on a daily basis,” reads a statement dated January 19, by the Episcopal Conference of Malawi (ECM).

The Bishops called on the government to continue with the honest fight against corruption avowing that, “corruption is a very difficult vice to fight because it has taken deep roots everywhere in our country. And sadly, even many of those tasked to fight and eliminate corruption are too often sucked into it.”

“Let state institutions which were ultimately established for the good of all Malawians and those entrusted to carry out their objectives for the good of all not become themselves, agents of darkness, by failing to defend and promote the common good,” said the Bishops.

The Catholic bishops, however, lauded the Anti-Corruption Bureau (ACB) and its Director general Ms Martha Chizuma for their bravery, professionalism and determination in fighting corruption, especially over the past six months.

The Bishops beseeched the government to ensure safety and facilitate the ACB with adequate resources to fulfil their mandate.

“We appeal to the head of state, Dr Lazarus McCarthy Chakwera, the vice president, Dr Saulos Klaus Chilima and all relevant State institutions and their heads to ensure the security of the ACB; especially the Director-General. No one should be pressurized, intimidated or influenced by threats or any other means in the carrying out of their work for the good of the country,” appealed the Bishops.

Besides, the Bishops called upon the judiciary to expedite cases regarding corruption so that everyone is seen to be treated fairly and similarly.

“This builds public confidence that the Judiciary too is constructively playing its role in the fight against corruption. Avoid making suspicious judgements and pronouncements which are seen neither to be promoting justice nor fighting against corruption. Loss of public trust in law enforcement agents of the state to combat corruption fuels mob justice and is a recipe for civil disorder,” they said.

The prelates pleaded that any of the cases under investigation by the ACB not be influenced or obstructed in any way in the interest of building a more just and transparent Malawi that benefits all its citizens.

“Let no suspect, however, powerful, wealthy or who their connections are, be shielded or protected provided that he or she is given proper recourse to the legal process of the courts,” urged the Bishops.