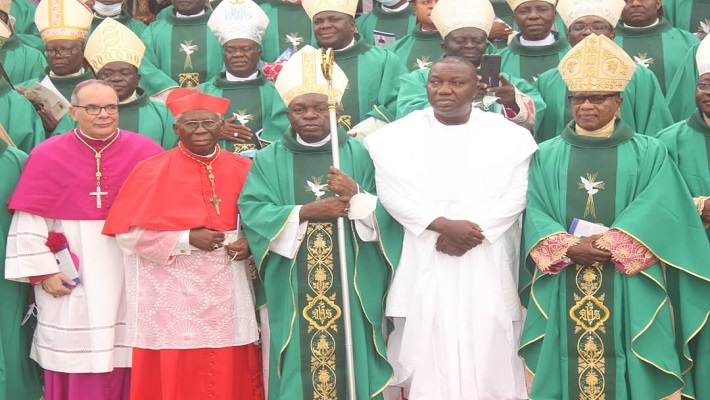 ENUGU, AUGUST 27, 2021 (CISA)– The National Assembly’s resolution against electronic transmission of election results will result in a compromised election system and basis for election related conflicts, the Catholic Bishops’ Conference of Nigeria (CBCN).

In a statement issued at the end of their Second Plenary Meeting August 19 – 27 in Enugu, the bishops asked the Members of Parliament to relook their decision against practices in other countries.

“We insist that there is an urgent need for a fair and credible electoral process, through which our political leaders emerge. We therefore state loud and clear that the recent voting by the National Assembly against electronic transmission of results of elections will create opening for further manipulation of electoral votes and lay the foundation for more conflicts in future elections. We call on the National Assembly to reconsider its position in the light of world best practices,” the communique reads.

While the bishops remain keenly interested in the political situation in Nigeria the prelates stressed that, “the Church does not support any political party, but she supports every Government that prioritizes the welfare of the citizens. In the same way, the Church vehemently condemns Government policies that do not promote development and the common good.”

“We strongly advocate total respect for the sanctity of human life. Regrettably, except for the civil war, our nation has never witnessed the kind of widespread evil, wanton destruction and murderous bloodletting. Life has never been so cheap, nor has Nigeria ever been at the stage we are now. Deaths in the hands of kidnappers, killer herdsmen, bandits, terrorist groups have made Nigeria one of the most terrorized countries in the world,” the bishops belittled.

According to the bishops, the Government needs to show more strategic commitment and sincerity in this fight and take full responsibility for the present culture of violence and impunity in the country.

“The abductions of school children present us with the prospects of a traumatized generation of young people. We recognize the efforts being made by Government to fight insecurity in the land,” they said, further calling on all citizens to be law-abiding, vigilant, live by sound moral principles and, above all, obey the commandments of God.

“We continue to plead with all to shun violence and criminality. We urge Government at all levels to provide the enabling environment that would make it possible for both the Government and the private sector to create job opportunities for our teeming youth population. This would surely reduce the danger of insecurity and unrest in our land,” they stressed.

The statement signed by President of CBCG Most Rev. Augustine Akubeze and Most Rev. Camillus Raymond the Secretary of CBCN called on Catholic educators to promote integral catholic education towards forming compassionate and just leaders.