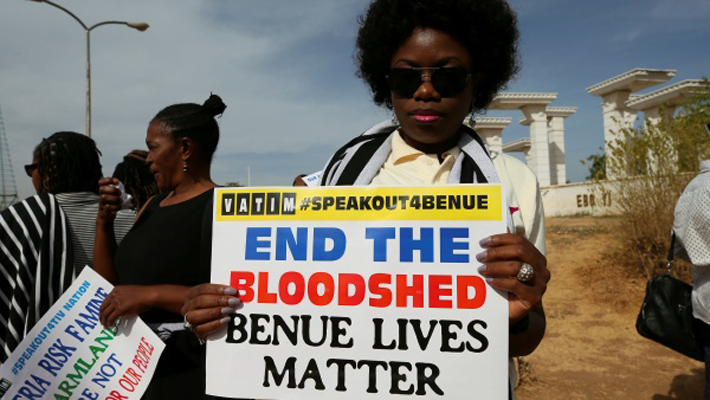 ABUJA, JULY 27, 2018 (CISA)-The International Crisis Group has slammed the government of Nigeria for its complacency in addressing the ongoing conflicts between herders and farmers in the country.

The conflict which is majorly o land use, has taken a religious and ethnic twist which the crisis group fears will worsen the violence.

“…Most of the herders are from the traditionally nomadic and Muslim Fulani who make up about 90 percent of Nigeria’s pastoralists, while most of the farmers are Christians of various ethnicities,” reads the report.

In their 44 paged reported published July 26, aimed at stopping the ongoing violence, the group urged the government to, “protect both herders and farmers, prosecute attackers and carry out its National Livestock Transformation Plan.”

According to the report, since the violence escalated in January 2018, deaths estimated at 300,000 have been reported which is about six times more civilian lives than the Boko Haram and thus posing a grave threat to the country’s stability and unity.

“The farmer-herder conflict has become Nigeria’s gravest security challenge, now claiming far more lives than the Boko Haram insurgency. It has displaced hundreds of thousands and sharpened ethnic, regional and religious polarization. It threatens to become even deadlier and could affect forthcoming elections and undermine national stability,” it reads.

“The violence exacts a heavy burden on the military, police and other security services, distracting them from other important missions, such as countering the Boko Haram insurgency,” it adds.

The growing humanitarian challenge poses a high risk of overwhelming the capacities of the state emergency management agencies.

“Particularly in Benue and Plateau, the state governments’ resources are badly overstretched, undercutting their ability to provide medical care, food, clothing and infrastructure in the camps,” it states.

The International Crisis Group has called for the intervention of the International community to help curb the crisis warning that the ongoing sharp ethnic and religious divisions are likely to worsen ahead of the February 2019 general elections.