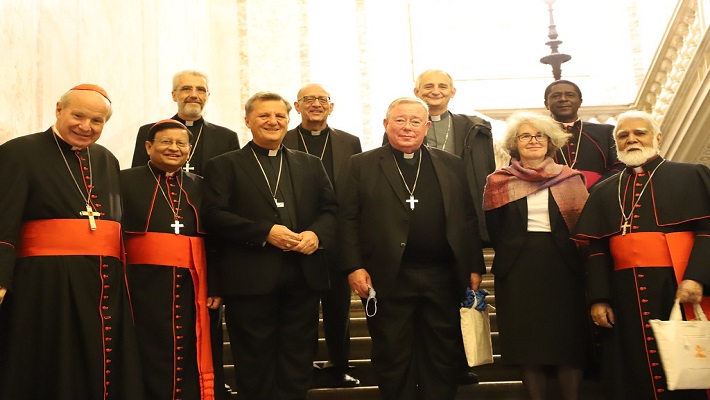 VATICAN, AUGUST 12, 2022 (CISA) – The General Secretariat for Synod of Bishops under the stewardship of Cardinal Mario Grech, Secretary General of the Synod and Cardinal Jean Claude Hollerich SJ, Relator General of the XVI Ordinary General Assembly of the Synod of Bishops will on Friday, August 26, present the second phase of the synodal process: the Continental Phase of the Synod on Synodality, on the theme: “For a synodal Church: communion, participation and mission.”

“For the occasion, some data will be provided regarding the Syntheses produced following extensive consultation with the People of God in the first phase of the synodal process, and which are to be received by the General Secretariat of the Synod by 15 August 2022, as well as some information regarding the way in which the Document for the Continental Phase is to be produced,” revealed a communique shared with CISA by the Holy See Press Office through the communication office of the Inter-Regional Meeting of The Bishops of Southern Africa (IMBISA).

The Holy See Press Office also indicated that the event will be livestreamed on the Vatican News YouTube Channel for people to follow the proceedings.

The second phase of the synodal process – the continental phase, involves bishops at various international reunions of episcopal conferences, who gather on each continent to discuss the first draft of the Instrumentum Laboris, an official Vatican working document used at a General Assembly of the Synod of Bishops, and submit their thoughts to the Vatican. The secretariat is then expected to publish and send the first Instrumentum Laboris in September 2022.

Thereafter, a second draft of the working document will be created from these texts and released before June 2023.

According to the document of the synodal process, the purpose of this phase is to promote dialogue at the continental level about the text of the first Instrumentum Laboris and deepen discernment within the specific cultural context of each continent.