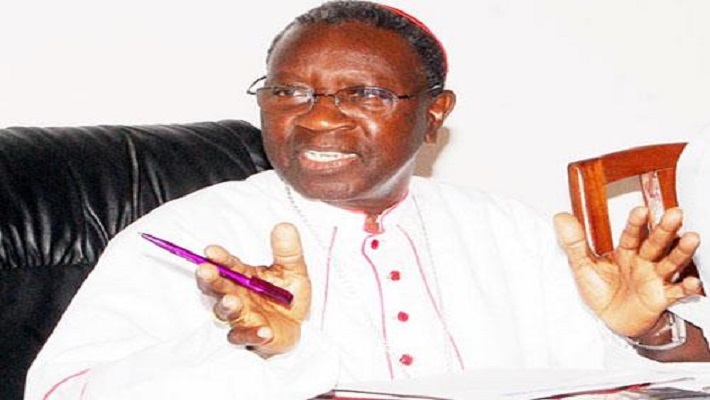 Bishop Abel Mamba is currently the Bishop of the Catholic Diocese of Ziguinchor. He was born on December 5, 1960 in Cabrousse-Nialou, Casamance, in Senegal and joined the Junior Seminary of St Louise of Ziguinchor in 1975. In 1982, he enrolled at the Senior Seminary at Sebikhotane and was ordained as a priest on April 8, 1988 in Cabrousse.

He was appointed to lecture at St Louise Junior Seminary, where he taught from 1988 to 1991 after which he was seconded to the Catholic Archdiocese of Tambacounda where he oversaw the formation of young people at their Junior Seminary.

He joined the Catholic Institute of Yaoundé in Cameroon while on sabbatical to further his studies and later returned to Tambacounda in 1995 where he served until 2006.

In 2006, at the Center Sèvre in Paris, he completed yet another sabbatical year of study. At the same time, he served as the vicar of the Martyrs of Uganda Parish in Colobane, Senegal.

He was recalled to Ziguinchor and was named Apostolic Administrator on July 21, 2010. Following the death of His Grace, Bishop Maxient Coly on August 24, 2010, Rt Rev Paul Abel Mamba Diatta, was appointed Bishop in 2012. He was consecrated by the former Archbishop of the Catholic Archdiocese of Dakar, Cardinal Théodore-Adrian Sarr on April 21, 2012.