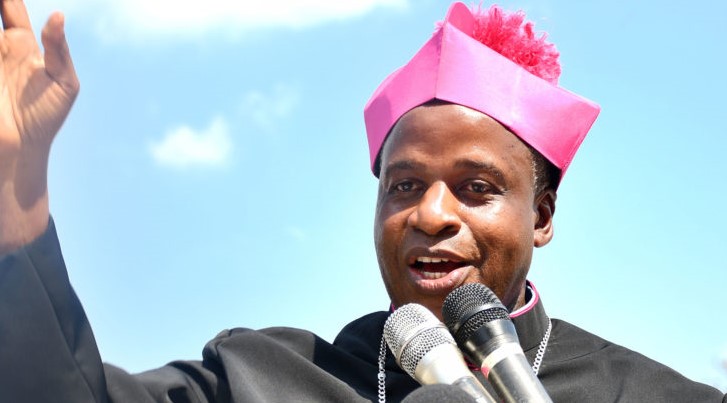 MPANDA, AUGUST 11, 2020 (CISA)-Bishop Eusebius Alfred Nzigilwa has been installed as Bishop of the Catholic Diocese of Mpanda.

The August 2 installation Mass was presided over by the Archbishop of the Catholic Archdiocese of Tabora Most Rev. Paul Ruzoka.

Speaking after the installation, Bishop Nzigilwa said that his pastoral plan is to develop the missionary spirit of the Church in collaboration with other dioceses, especially the Catholic Archdiocese of Dar es Salaam.

“He called for missionary unity and solidarity between Mpanda Diocese and the Archdiocese of Dar es Salaam strengthened through associations such as the Holy Childhood and the Catholic Women Movement in order to foster, maintain and develop missionary activities,” reported AMECEA News.

Speaker after speaker called for sincere cooperation between the faithful, priests and their bishops to strengthen evangelization in the Catholic Diocese of Mpanda.

Speaking on behalf of President John Magufuli, retired Prime Minister Mizengo Pinda congratulated Bishop Nzigilwa for his new mission, noting that the government recognizes the Catholic Church’s contribution to the nation’s prosperity, especially its focus on education, health, welfare and the inclusive development of many Tanzanians since the beginning of evangelization in Tanzania.

Born on August 14 1966, in the town of Mwanza, he attended secondary school at St. Peter’s Junior Seminary in Morogoro. He entered the major seminary in 1988 after school and a year of military service. He was ordained priest on June 23, 1995 for the Archdiocese of Dar-es-Salaam.

He held several pastoral appointments before pursuing studies at the University of Dar-es-Salaam, where he awarded a Bachelor’s degree in Education.

Bishop Nzigilwa served as the auxiliary Bishop Dar-es-Salaam and Titular Bishop of Mozotcori since 28 January 2010.