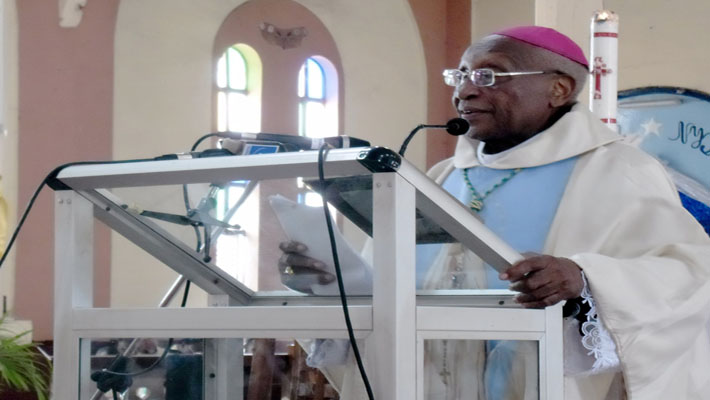 The Archbishop highlighted the prevailing socio-political crisis having reached a critical point and likely to affect the scheduled elections.

“I would like to ask you, imploring the Great God, our most merciful Father, in all humility, to use all your prerogatives courageously to propose a new realistic and consensual timetable for the parliamentary elections,” he said in a statement released on December 12.

At least four people were killed in clashes between opposition protesters and police between December 8-10 as a result of disagreement between the government and the opposition on the modalities of organization of the legislative election of December 20.

The Togolese opposition has not presented any candidate in the legislative elections and has called for a boycott. It denounces, among other irregularities, the violation of the provisions of the road map of the Economic Community of West African States (ECOWAS) published in July after extensive consultations.

According to their agreement, the Independent National Electoral Commission (Ceni), in charge of the organization of the poll, was to be composed of as many members of the ruling party as the opposition, a provision that has never been respected.

Bishop Kpodzro’s called upon the president Gnassingbè to propose a new realistic and consensual timetable for elections as earlier suggested by the Presbyterian and Methodist Churches and the Association of Muslim Executives of Togo.

“The 20 December 2018 cannot be imposed by anyone as a fetish date to the detriment of the common good and in the best interest of the Togolese nation,” he insisted.