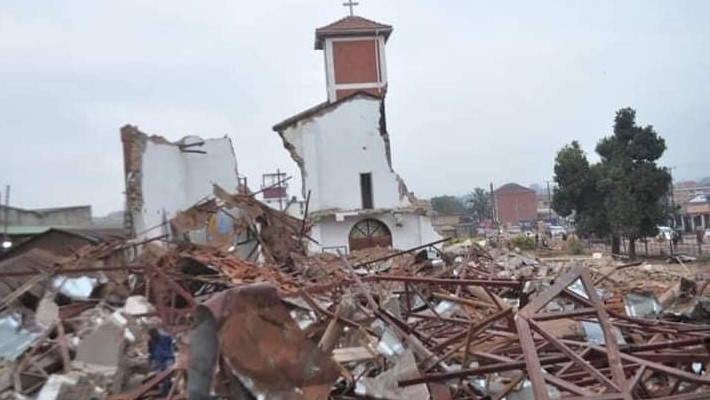 KATWE, AUGUST 11, 2020 (CISA)-President Yoweri Museveni has directed that all public officers involved in the demolition of St Peters Church of Uganda, Ndeba be held answerable.

According to investigations by the Head State House Anti-Corruption Unit, the demolition was carried out in the night of August 8 with full Knowledge of Katwe District Police Commander, Officer Commanding Ndeba Police Station and all officers under them.

“His Excellency the President of the Republic of Uganda has been briefed and has directed that all Public Officers involved are held accountable,” read the statement signed by Lieutenant Colonel Edith Nakalema Asizua.

The statement revealed that the demolition which was carried out from 10:00pm was contrary to the established procedures and guidelines of the Judiciary, Ministry of Lands and Police.

“I informed the IGP (Inspector General of police) who has ordered for immediate arrest of all officers involved and has also directed D/CID to expedite the investigation with a view to prosecution,” she said.

Mr Katongole Ivan, the KCCA’s Ag. Director Physical Planning has also been blamed for issuing a demolition order. He is among the 12 arrested in connection to the demolition.

“The Permanent Secretary Ministry of Lands is working on the details regarding ownership and any other transactions on the disputed land as investigations continue,” the statement reads.

“They are being charged with neglect of duty. We want to warn the general public who are planning to evict people during this period of COVID19 that they risk being arrested and charged in courts of law if they go ahead with their intentions,” Patrick Onyango, the Kampala Metropolitan Police spokesperson said in a statement.

St Peters Church of Uganda Ndeba is an Anglican Church that has been in existence for over 45. The Church has been at the center of a longstanding land wrangle between the church leadership and a businessman.