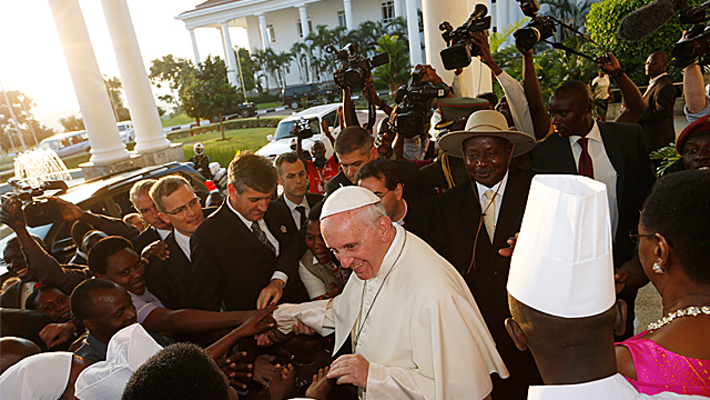 “The Uganda Episcopal Conference on behalf of the Symposium of Episcopal Conferences of Africa and Madagascar (SECAM) requested his Excellency president Yoweri Kaguta Museveni to invite His Holiness Pope Francis to the climax of the Golden Jubilee celebration of SECAM scheduled for July 2019.  The office of the president of Uganda has officially communicated to the Episcopal conference of Uganda that the Holy Father will not be able to attend the symposium,” read a February 21 press release signed by Monsignor John B. Kauta, Secretary General of the UEC.

According to the press release, the SECAM Golden Jubilee celebration which was launched on July 29 2018, will continue as scheduled.

400 bishops from all the Episcopal Conferences in Africa and Madagascar are expected to attend the celebration which will run under the theme, “Church, Family of God in Africa, Celebrate your Jubilee! Proclaim meet and welcome Christ your Savior.”

Pope Francis last visited Uganda in November 2015 in his first papal visit to Africa during which he also visited Kenya and the Central Africa Republic.