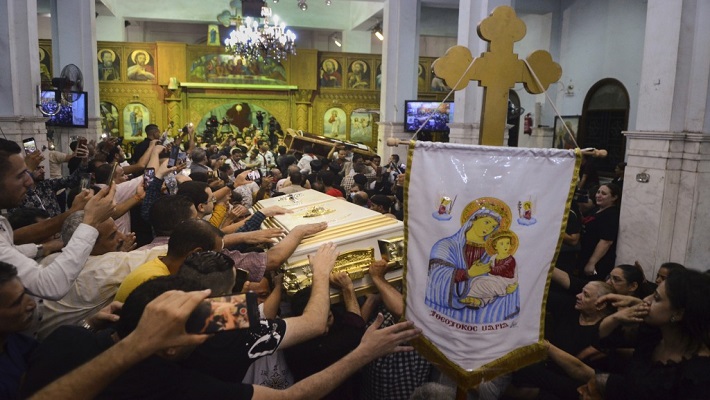 VATICAN, AUGUST 19, 2022 (CISA) – Pope Francis has sent his condolence message to the victims of the fire in the Coptic Orthodox Church of Giza, Cairo-Egypt.

“His Holiness Pope Francis was deeply saddened upon being informed of the recent fire at Abu Sefein Church in Giza, which caused the deaths of so many, including a number of children and bishop Abdul Bahkit. In offering heartfelt condolences and the assurance of spiritual closeness to the injured and those affected by this tragedy, his holiness entrusts the victims and their families to the merciful love of almighty god and invokes upon all consolation in the strength,” informed Cardinal Secretary of State Pietro Parolin, in a telegram signed on behalf of the Holy Father, to His Holiness Tawadros II, Pope of Alexandria and Patriarch of the See of Saint Mark on August 18.

On August 14, a fatal fire ripped through the Coptic Orthodox Church in the densely populated Imbaba, a working-class district west of the Nile River, part of Giza governorate in Greater Cairo, Egypt, during a packed morning service that killed 41 worshippers including at least 15 children.

The course of the Sunday morning incident was not immediately established, however, according to a police statement, the initial investigations pointed out to an electrical short-circuit. Funerals were also held in two Cairo churches for 41 victims of the blaze the same day.