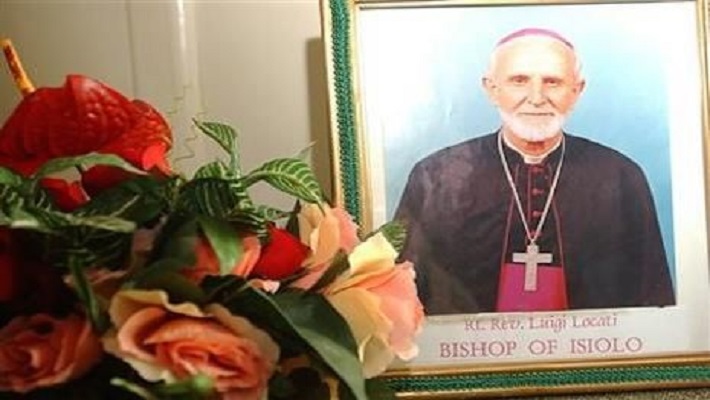 NAIROBI, AUGUST 6, 2021 (CISA)-Fr Guyo Waqo Malley who was earlier sentenced to serve life imprisonment for killing Bishop Luigi Locati has had his sentence reduced to a 27-year jail term.

According to a ruling delivered by Justice Hedwig Ong’undi, Fr Guyo’s sentence will be calculated from the date he was first arraigned taking into account the 15 years he has been behind bars.

“I have considered the applicants’ ages, the period they have been in prison from the date of arrest, the pain that was inflicted on the victim and his family, the guilt hanging on the applicants’ heads, and the reports on their level of rehabilitation. Having done all that I hereby substitute the life sentence each of the applicants is serving with a sentence of 27 years,” she ruled.

In his plea, Guyo said he was remorseful. He said the time spent behind bars has taught him about the realities of life and begged for a second chance.

The standard media reports on August 3 that in a trial that took eight years, the court found that Guyo hatched the plan to kill Locati, bankrolled the entire plot which included buying firearms, recruiting people to execute the bishop and also store and transport the guns.

Fr Guyo’s sentence also applies to his co-convicts Mohamed Molu, Mohamed Ibrahim and Bariche.  The late Bishop Locati of the Catholic Vicariate of Isiolo was gunned down on July 14, 2005.