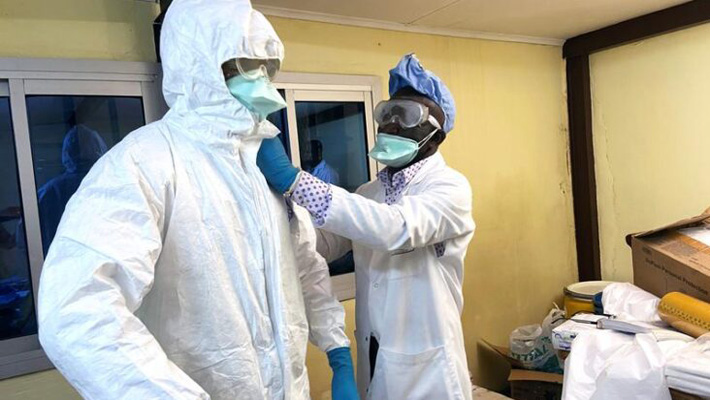 MONROVIA, APRIL 24, 2020 (CISA)– Sr Barbara Brillant, the dean of the Mother Patern College of Health Sciences in Monrovia has noted that there is lack of information  and understanding among local communities in Liberia about covid-19,and called for  community awareness to help them understand the disease and know how to protect themselves at the locality level.

“How do we teach [people] hand-washing? How do we teach them social distancing? Communities are very, very lost. They are very afraid…are we doing community awareness the way we should? I don’t think so.Is the Catholic Church trying as best as it can? Perhaps. But we could use much more help,” she said during an April 16 webinar sponsored by the Berkley Center for Religion, Peace and World Affairs at Georgetown University.

Noting that the experience with Ebola and other previous epidemics don’t seem to have helped prepare for the COVID-19 crisis, she says that the situation is compounded by authorities putting up bureaucratic barriers that make it difficult for health care workers to receive official passes to go into communities and questioning health workers’ passes as they enter hospitals and clinics.

While Liberia does have sufficient proper personal protective equipment to respond, Sr Brillant said she believes an understandable rush toward stay-at-home orders overlooked a key part of what was learned the Ebola outbreak of 2014-16: the need for community-based outreach and education.

Sr Brillant, a Franciscan Missionaries of Mary sister and the national health coordinator of the National Catholic Health Council of Liberia has served in Liberia for over 35 years and affirms that one challenge for the eight Catholic-run hospitals and health centers in Monrovia, which account for less than 5% of hospitals and health centers nationwide, is that the national government is focusing its attention and resources on public facilities, a dynamic that also occurred during the Ebola crisis.

“We could do far, far better,” she said, making it clear that the national government has made the threat a priority although Liberian facilities are not prepared for cases requiring more intensive hospitalization for those with underlying health conditions.

Health officials and workers know testing and containment are “the way to go… we just don’t have the test kits, and we’re not ready to contain [the situation] as best as we can,” she noted.

Liberia has reported 101 cases of covid-19 by April 22, with eight deaths.