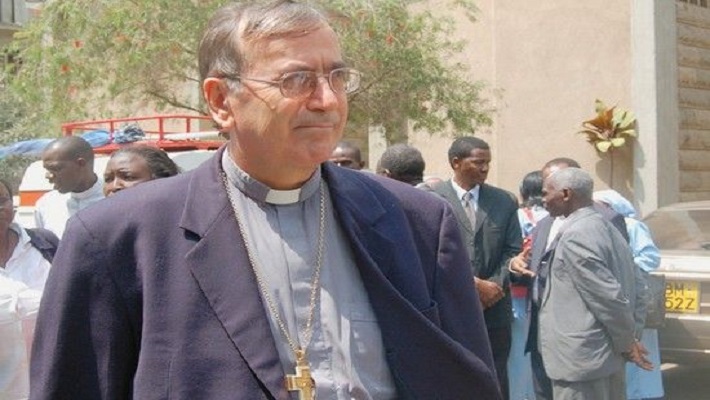 MOGADISHU, NOVEMBER 5, 2021 (CISA)-“The situation is always tense. We can still maintain a cautious optimism because an agreement has matured between the outgoing President, Abdullaih Mohamed known as ‘Farmajo’ and Prime Minister, Mohamed Hussein Roble, and the electoral process that should lead to the election of the new president,” said Bishop Giorgio Bertin, Apostolic Administrator of Mogadishu and Bishop of Djibouti.

The bishop expressed hope of a return to a democratic process in Somalia after years of instability and that the country is on its path to recovery.

“Sometimes I meet people who ask me: after so many years, how can you still hope that the situation in Somalia will change?” And I reply that something has been moving in recent months, but, above all, I still hope because I have faith in God and faith allows me to believe that man was created in his image and likeness and is therefore capable of coming to his senses,” Angezia Fides reported on November 4.

Bishop Bertin acknowledges that although, the country is far from achieving its goal, he believes that with the formation of the parliamentary assembly, they should be able to meet and elect the president.

“As far as I know, it has not yet been convened, even though in recent days I have heard rumors of celebrations for the imminent re-election of ‘Farmajo’. These are rumors that, in my opinion, actually refer to his re-election. Unless something exceptional has already happened and they have not announced it yet,” he opined.

Even as the country struggles to stabilize Bishop Bertin notes that it is impossible to guarantee security in the rural areas controlled by Al Shabab, the high number of internally and externally displaced people derails the process and international interests on Somalia.

“Countries like Qatar, Saudi Arabia, United Arab Emirates, not to mention Turkey, have predominant interests and influences. Then there will be other actors such as the EU and the US, who may have political preferences. The hope, in any case, is always the same: that a president will be elected, that a government be formed as soon as possible and that everyone will put themselves at the service of their country, of the common interests, especially for the most disadvantaged in our society,” said Bishop Bertin.