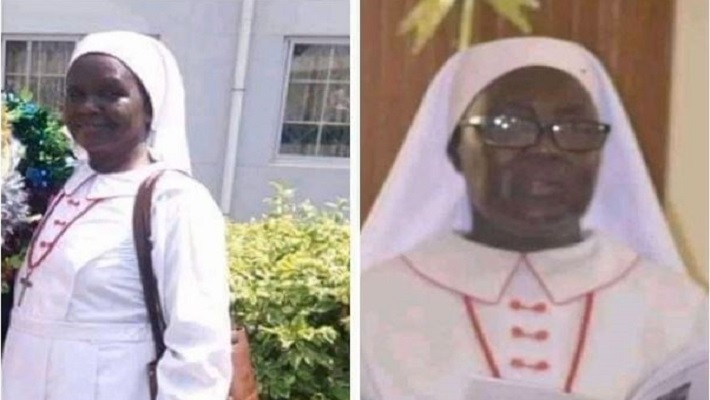 KATOR, AUGUST 20, 2021 (CISA)-Pope Francis has expressed sadness over the murder of two religious sisters of the Congregation of the Sisters of the Sacred Heart and expressed hope that, “their sacrifice will advance the cause of peace, reconciliation and security in the region.”

According to a telegram sent by Cardinal Pietro Parolin, Secretary of State, to the Apostolic Nunciature in Juba, the Pope offered his heartfelt condolences to their families and religious community in the wave of what he termed as “senseless act of violence”.

“His holiness pope Francis was deeply saddened to learn of the brutal attack on a group of sisters of the Sacred Heart of Jesus last Sunday, resulting in the deaths of Sister Mary Abud and Sister Regina Roba.  He offers heartfelt condolences to their families and to their religious community in the wake of this senseless act of violence.  Trusting that their sacrifice will advance the cause of peace, reconciliation and security in the region, his holiness prays for their eternal rest and the comfort of those who grieve their loss.  Invoking upon all taking part in the Mass of Christian burial the consolation and strength of the risen Lord, Victor over sin and death, the Holy Father cordially imparts his apostolic blessing,” reads the telegram dated August 17, 2021.

“The responsibility for their death lies squarely on the Holdout Groups, and the Revitalized Transitional Government of National Unity condemns this act of terror with the strongest terms possible,” President Salva Kiir of the Republic of South Sudan said in a statement released on August 17.

President Kiir has accused holdout groups who are non-signatories to the peace deal for the attack. He said the government is engaged in the Rome talks and has signed several documents to end the fighting and save lives but that it should not be taken as a sign of weakness.

“The Government signed the Rome Declaration, the Recommitment to Cessation of Hostilities and the Declaration of Principles with the Holdout Groups with the goal of stopping the fighting and saving innocent lives,” President Kiir said.

“Now that the non-signatories to the Revitalized Peace Agreement continue to violate these commitments, the Government may reconsider its position on the ongoing Sant’Egidio led Rome Initiative. Our pursuit of an inclusive peace should never be taken for weakness and used as a window to kill the innocent,” the president added.

The requiem Mass and the burial for sisters Mary Abud and Regina Roba has been held today Friday August 20, 2021 at St. Theresa’s Cathedral Parish-Kator.