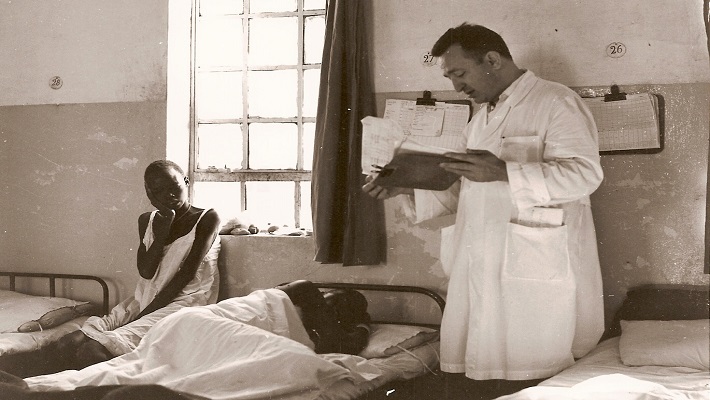 GULU, AUGUST 26, 2022 (CISA) – Rev Fr Dr Giuseppe Ambrossoli will be beatified on November 20, at Kalongo Catholic Mission, Agago District, in the Catholic Archdiocese of Gulu after a two-year postponement due to the Covid 19 pandemic.

Speaking to local media, Archbishop John Baptist Odama, the local ordinary of Gulu revealed that the plans are underway and involve the raising of funds “by people of goodwill in the region, including non-Christians since Ambrosolli served all categories of people regardless of religion, colour, and political affiliation,” terming the beatification, “a great moment for the Catholic Church and Gulu Archdiocese.”

“We are targeting to raise UShs 923.3 million, which we know will not be adequate, but can help us to cater for the necessary logistics in ensuring the success of the event,” said Archbishop Odama according to reports by the media outlet.

Additionally, the vicar general of the Archdiocese, Msgr Mathew Odong who chairs the organizing committee for the beatification event, disclosed that 16 sub-committees have been formed to coordinate the event.

“Several committees have been formed and we are optimistic to have a successful ceremony. The beatification of Fr Ambrosolli is a great event for us. He is one missionary priest and doctor who dedicated his time to serving the poor and he inspired many people,” said the Vicar General as reported by Monitor, a Ugandan newspaper.

The preparations for the beatification of Fr Ambrosolli kicked off in March 2022, in Kitgum by the Archdiocese of Gulu following a concession issued by Pope Francis on December 17, 2015, recognizing the heroic virtues of the late priest and titling him, Servant of God.

“Initially, the declaration had been scheduled for November 22, but it was halted due to the coronavirus pandemic. This will be the third blessed after Jildo Irwa and Daudi Okello, who are blessed martyrs in Gulu Archdiocese,” said Archbishop Odama during an interview with Monitor.

Born in Ronago, Italy, on July 25, 1923, Fr Ambrossoli joined the Comboni Missionaries in 1949. He had been studying medicine for a while at the University of Milan before World War II and stopped when the war broke out. He resumed his medical studies in 1946 and on July 28, 1949, he graduated as a medical doctor.

According to information shared by the Comboni Missionaries on their website, “In February 1956, he embarked for Africa where he was assigned to Kalongo, a village in northern Uganda.”

The cause for the beatification of Fr Ambrosolli was furthered in 2019 after an extraordinary and unexplainable cure of a 20-year-old woman was recognized by the medical commission that was instituted by the Congregation for the Causes of Saints.

Fr Ambrossoli is remembered in Uganda as the ‘Saintly Doctor’; priest surgeon, philanthropist and educator.